The Queen's Cause Of Death Was Listed As "Old Age"

The Queen's Cause Of Death Was Listed As "Old Age" 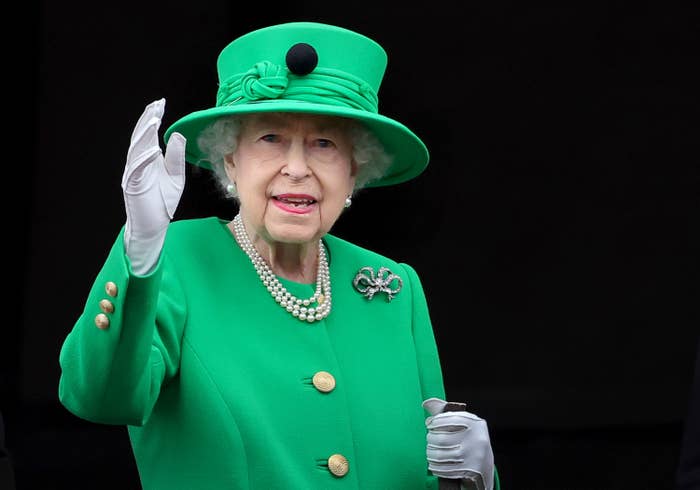 The death certificate for Queen Elizabeth II was officially published on Thursday, revealing that the 96-year-old monarch's cause of death was simply listed as "old age."

The National Records of Scotland published the extract of an entry in the Register of Deaths, which formally noted that the Queen died at Balmoral Castle in Aberdeenshire on Sept. 8.

The official time of death was listed as 3:10 p.m. That is almost two hours before her children Princes Andrew and Edward, and grandson Prince William, arrived at the castle, and almost three and a half hours before her death was announced to the public.

Her other two children, King Charles III and Princess Anne, were already with the ailing monarch when she died, with Anne being listed as the signatory on the death certificate.

The Queen's usual residence was listed as Windsor Castle, while her occupation was listed simply as "Her Majesty The Queen."

The document also contains the names and royal positions of her late husband, Prince Philip, as well as her father and mother, King George VI and Queen Elizabeth, the Queen Mother.

The medical practitioner who signed the death certificate was Douglass Glass, who had served in the role of Apothecary to the Household at Balmoral since at least 2009.

According to the NHS Education for Scotland, a certifying doctor should not list "old age" as the sole cause of death on a medical certificate unless they have treated the deceased over a long period, have observed a gradual decline in the patient's health, are not aware of any identifiable disease or injury that contributed to the death, and the patient was 80 or over. 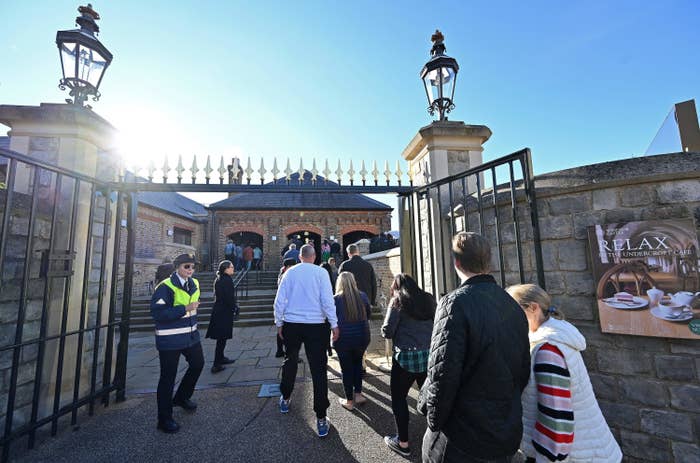 Members of the public and tourists queue to visit Windsor Castle on Thursday as it reopened to visitors following the death of Queen Elizabeth II.

Palace officials had not released much information about the Queen's health in recent years, save for brief snippets of what they had described as mobility issues. When she spent a night in a London hospital last year, they said only that she was there "for some preliminary investigations" and had been advised to rest.

When her health very suddenly declined on the morning of her eventual death, Buckingham Palace released a statement that doctors were "concerned for Her Majesty’s health and have recommended she remain under medical supervision."

Officials said on Tuesday that the period of mourning for the Queen had officially come to an end, with officials subsequently updating the royal website and social media channels to feature King Charles and Queen Camilla.

Thursday also marked the first day that Windsor Castle reopened to the public, with mourners queuing up to pay respects at the Queen's final resting place in St. George's Chapel.