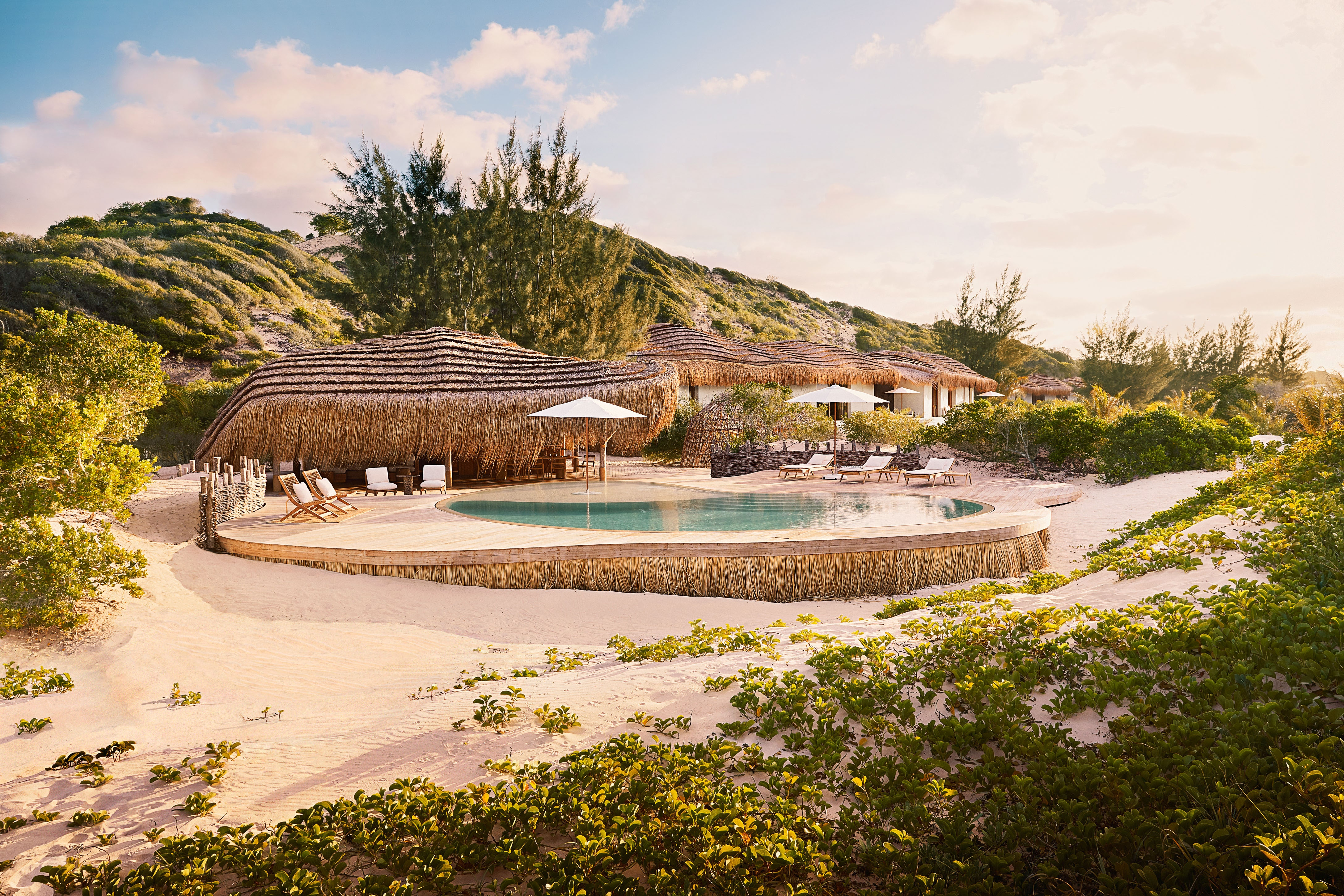 This Innovative Mozambique Resort Is a Triumph in Sustainable Design 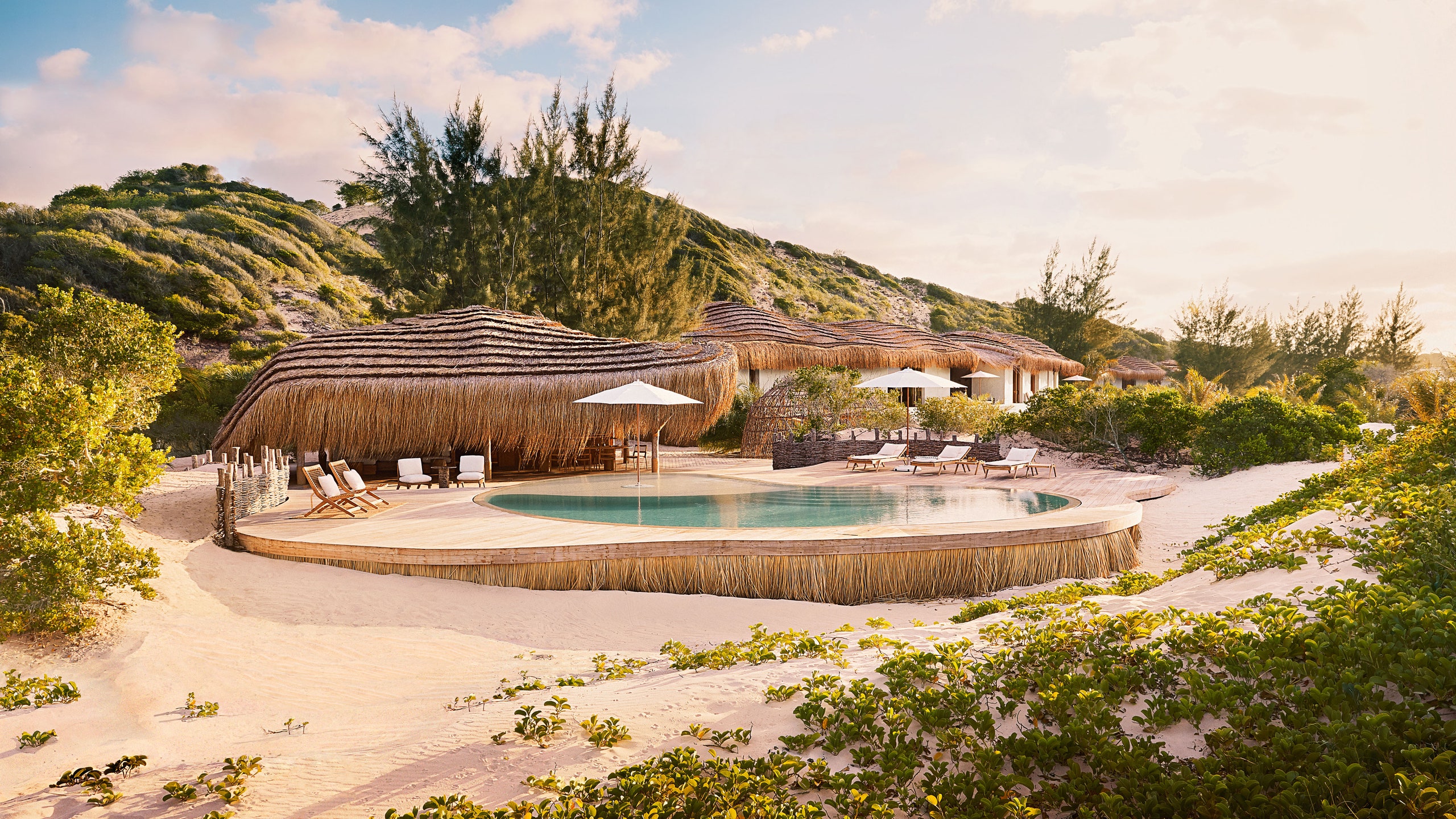 A swimming pool at Kisawa sanctuary, a new resort off the coast of Mozambique.Elsa Young

When Nina Flohr set out to build Kisawa Sanctuary, a new beach resort located on Benguerra Island, off the coast of southern Mozambique, she had a very clear mandate. “I wanted the architecture guided by what we saw around us,” says Flohr, referring to the waves of the Indian Ocean and the giant dunes that surround the property’s 22 bungalows, spread out across 750 acres. The aim was to blend rather than to interrupt. Kisawa, which opened this fall, is being touted as the first 3D-printed resort, but Flohr sees that as only one component of the sustainable-design mission. “I think using 3D printing is an example of the spirit of the place,” says the Swiss-born entrepreneur, who served as creative director of VistaJet until 2016. In fact, she used the technology to make building materials from what was already at hand: namely, sand and seawater. This mortar became the blocks used to realize everything from the natural texture of some façades to the floors to the soaking tubs in the guest bathrooms. 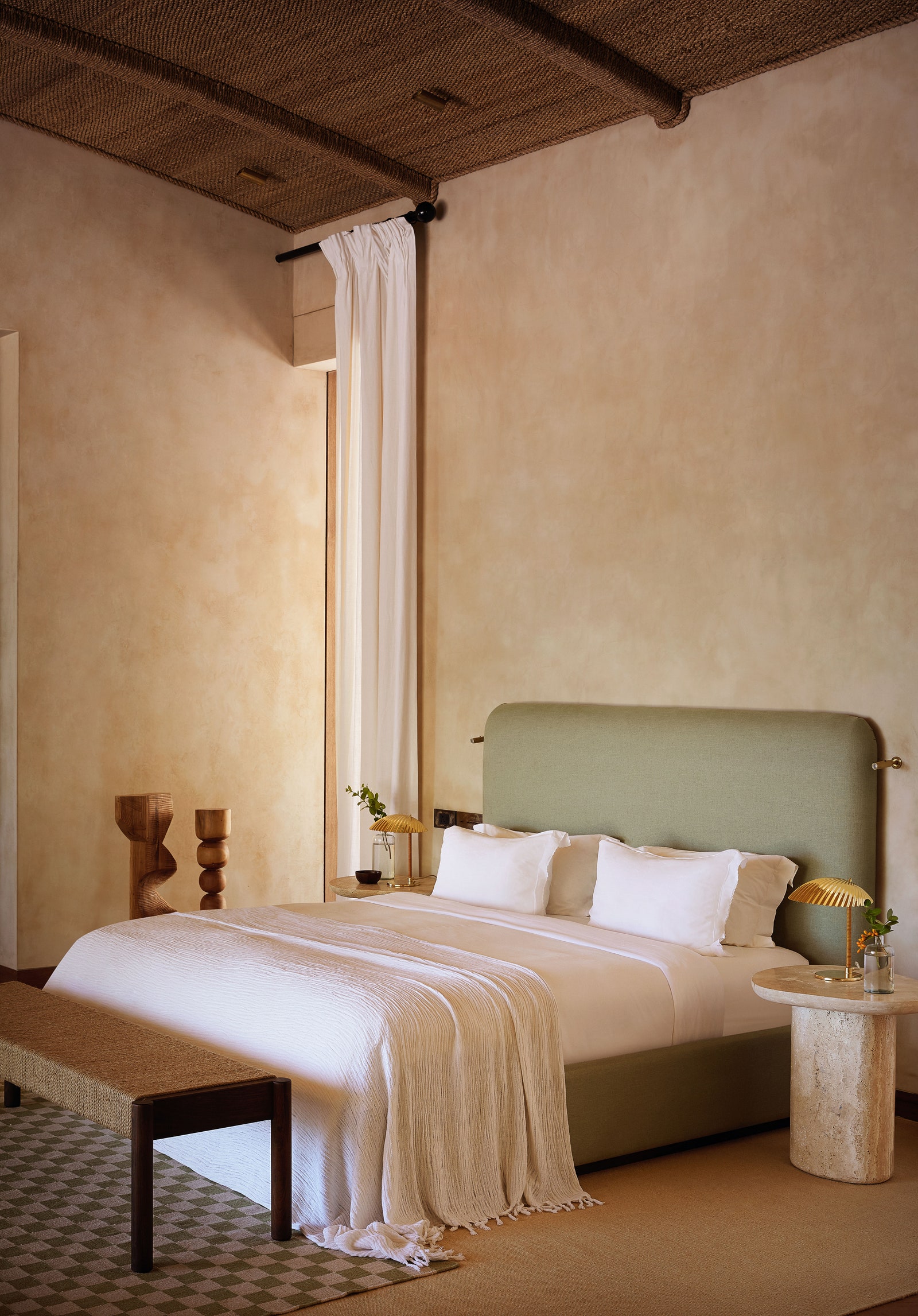 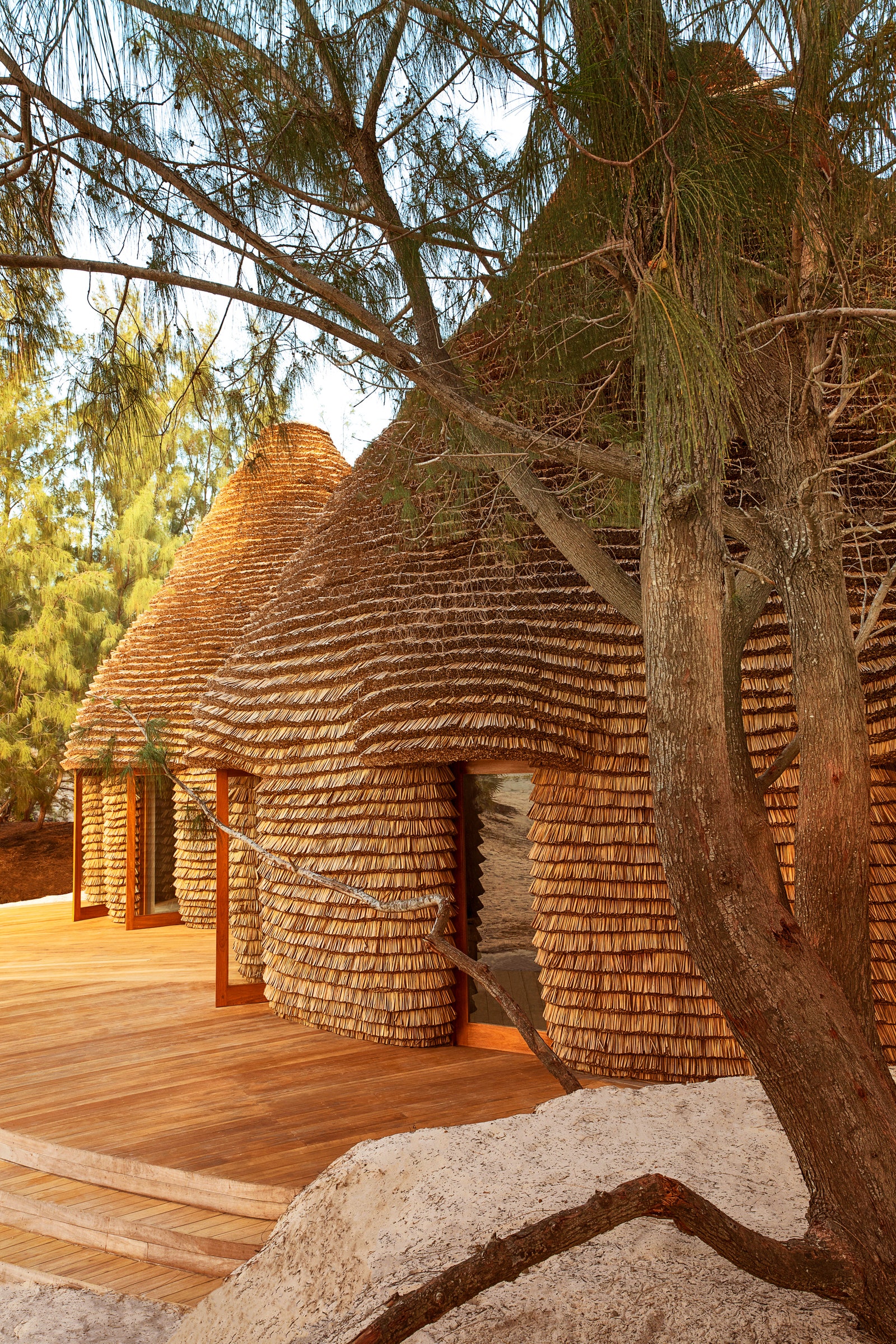 The gym at the natural wellness center, which is clad in local grass.

Flohr also wanted the design to reflect the people and traditions of Mozambique. Since the inception of the project six years ago, her workforce has consisted of 80 percent locals, including carpenters, thatchers, and textile makers—half of them women. To that end, expert weavers entwined grasses into sliding door panels and baskets while artisans carved chairs and tables from local jambire and sambiri woods. Flohr also sourced from farther afield, wanting to “celebrate African craft from across the continent.” She collected clay pots made by the Nupe tribe in Nigeria and chairs hand-carved by the Makonde people in Tanzania. Other antiques and artworks were picked up in Senegal and Ghana. The result is an elegant mix of organic and modern, with sleek touches like brass bedside lamps, marble tables, and simple ink portraits by British artist Frances Costelloe—each depicting one of the local employees at the resort. (Flohr cites Jean Prouvé’s Maison Tropicale mobile structure and his modernist take on African design as inspiration.)

And then there is Kisawa’s nonprofit sister property, the Bazaruto Center for Scientific Studies, a solar-powered marine research facility established in 2017. The hotel helps fund the operation in what Flohr calls a “resort-to-research” approach to hospitality. “So much of Africa tourism revolves around the safari and wildlife conservation, but there is also so much rich marine life here,” says Flohr. Guests can go shark and marlin tagging or explore the ocean with divers. The 3D-printing technology is now being used to help restore and expand the area’s coral reef. “After the pandemic, people want to learn and experience things again,” adds Flohr. “They want their holiday to be meaningful.” kisawasanctuary.com